Yoga: Modern research shows a multitude of body and mind benefits from the ancient practice 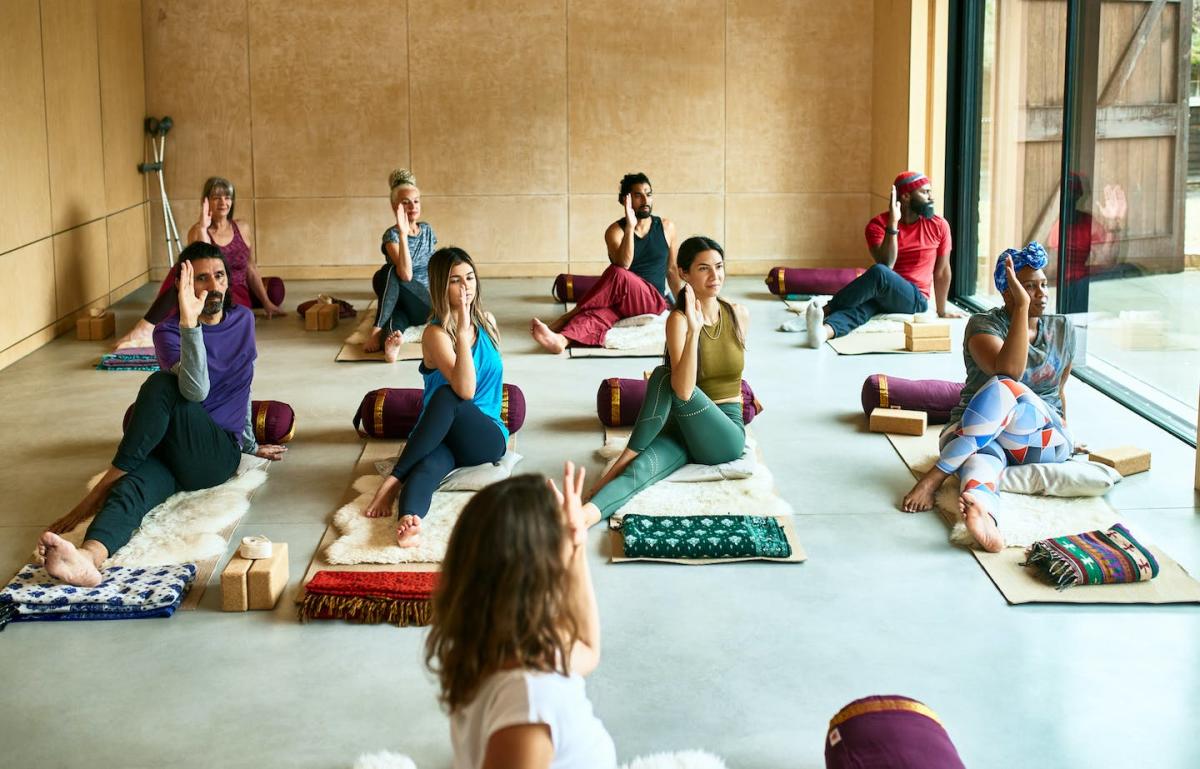 The popularity of yoga has increased tremendously in the last decade. More than 10% of US adults have practiced yoga at some point in their lives. Yoga practitioners spend an average of US per month and the yoga industry is worth more than a billion worldwide.

Yoga is now a mainstream activity in the US and is widely portrayed as a healthy lifestyle. I am a behavioral scientist researching how physical activity – and yoga in particular – can prevent and treat chronic diseases.

The name “Yoga” derives from the Sanskrit word “Yuj” and means to unite, connect or connect body, mind and spirit. The first text on yoga was written by the sage Patanjali in India over 2,000 years ago. Patanjali described yoga as “citta-vrtti-nirodhah” or “calming the mind”. This was accomplished through a blend of breathwork, meditation, physical exercise and body cleansing practices, as well as ethical and moral codes for healthy and purposeful living.

Over the years, various yoga teachers have modified the original Patanjali yoga, resulting in different styles that vary in intensity and focus. For example, some yoga styles like vinyasa focus more on intense movements, similar to an aerobic workout. Restorative yoga involves more relaxation poses. Iyengar Yoga uses props and emphasizes precision and proper alignment of the body. These different styles offer options for people with different physical abilities.

What does the research show?

As yoga has grown in popularity in recent years, researchers have begun studying its effects and are finding that it has major mental and physical health benefits.

Yoga involves physical exercise, so it’s not surprising that most types of yoga can help improve a person’s strength and flexibility. In a study of healthy, untrained volunteers, researchers found that eight weeks of yoga improved muscle strength in the elbows and knees by 10% to 30%. Flexibility at ankles, shoulders, and hips also increased by 13% to 188%.

There are also a number of less obvious but significant benefits of yoga. Research has shown that yoga practice can reduce risk factors for heart disease, such as high blood pressure, high cholesterol, and abdominal obesity. Studies in older adults have shown significant improvements in balance, mobility, cognitive function, and overall quality of life.

Yoga also appears to be effective in managing pain. Research has found that yoga can improve symptoms of headaches, osteoarthritis, neck pain, and lower back pain. In fact, the American College of Physicians recommends yoga as one of the options for the initial non-pharmaceutical treatment of chronic low back pain.

Yoga also offers many mental health benefits. Researchers have found that regular practice for eight to 12 weeks can lead to modest reductions in anxiety and depressive symptoms, as well as stress management.

Yoga is a type of exercise as it is a form of physical exertion that helps build fitness. Many of the benefits researchers have found are related to the physical activity component and are similar to the benefits of other forms of exercise, such as running, weightlifting, or calisthenics.

But unlike these other activities, yoga practice involves mindfulness as a key aspect. With its focus on breath control, posture holding, and meditation, yoga increases a person’s awareness of the sensations of their body and the present moment. This mindfulness leads to many benefits not found in other forms of practice.

Studies have shown that mindfulness training alone can increase a person’s self-awareness and ability to recognize and respond skillfully to emotional stress. It can even give a person greater control over long-term behavior. One study found that increased mindfulness through yoga can help people better recognize and respond to feelings of fullness when eating, reduce binge eating, and alleviate concerns about the appearance of their body.

My colleagues and I observed a similar effect in a pilot study of the benefits of yoga for people with type 2 diabetes. After practicing yoga twice a week for three months, several participants reported being more careful about their diet, snacking less, and eating healthier, even without dietary interventions. Our patients also reported less stress and an increased willingness to engage in other physical activities.

Yoga differs markedly from Western practices in how it approaches mental health. With more research, it might be possible to understand the biological mechanisms as well.

Things you should know if you want to start yoga

Yoga may not be helpful for all conditions or suitable for every person, but people of all ages, body types, and physical abilities can practice yoga. It can be a form of mental and physical exercise for people who don’t sweat from strenuous forms of exercise, or for those with medical or physical conditions who find working out in the gym challenging.

It’s important to remember that while yoga is generally safe, like any other form of exercise, there is some risk of injury. Persons with medical problems who are new to yoga should first practice it under the supervision of a trained teacher.

If you decide to try yoga, speak to the yoga instructor first to determine if the style on offer suits your preferences and fitness level. Keep in mind that you may need a few weeks of practice to feel the physical and mental benefits.

It was written by: Herpreet Thind, Mass Lowell.

Herpreet Thind receives funding from the National Institutes of Health.

Disclaimer: We do not claim nor take any responsibility for the information and information provided in the article. Consult your doctor before apply on your body any provided advice here mentioned in the above article.

The Peruvian President presents the new election draft for 2023

Steven on What does BTC mean in Roblox?
Christopher Nowak BFA MLIS on Serena Williams thanks her sister Venus Williams after finishing her last match
Andry on Lululemon backpack: is it worth it? Top 8 Lululemon backpacks for every activity

How to Create a Daily Workout Routine for Better Health